Of the many upsetting things you’ll find in last October’s report from the Grenfell Tower Inquiry, perhaps the most painful is the timeline.

Minute by minute, in the sort of bureaucratic language you’d find in a council planning document, the report documents both the spread of the fire that engulfed the block on the night of 14 June 2017 and the official response to it.

But as you read on, and night turns to morning, you’re constantly aware that what you’re reading about is not just a bureaucratic event: 72 people are dying.

There’s something else that makes the Inquiry’s report a tough read: it’s far from obvious who's to blame. It’s human nature when faced with tragedy or disaster to want justice or revenge. But to have those things you need a villain with a face, and while the report provides numerous examples of people screwing up, it doesn’t really give us that. Instead, what it describes is system failure. A hundred decisions were made, each in themselves often understandable, but together contributing to dozens of deaths.

The complexity of systems

System failures are terrifying partly because they allow individual actors to evade responsibility: it’s always possible to pass the blame on, point to someone else’s mistakes and suggest they were worse than your own. But they’re terrifying, too, because it’s not always clear how we can fix them. Mistakes are simple. Systems are complex.

Ever since Grenfell, building quality and safety has been a live topic, one of the few areas of public policy still capable of getting air-time in our Brexit-dominated age. Events at which it’s discussed have found a surprising degree of consensus about the way forward, with even some Conservatives speaking up in favour of public regulation. (The big volume house builders, for reasons we are left to guess, seem less keen.)

But the complexity of the problem means that even with that consensus, it’s not obvious what that regulation should look like. Government action can drive change in an industry’s culture: witness the improvement in site safety that’s followed new health and safety legislation.

But when the problems stem not from ground-level decisions but from failing systems, they’re much harder to fix. There’s no one person who could have changed that cladding.

Are buildings really getting worse?

One question which came up at a recent building safety event: has build quality actually got worse? On the face of it, this sounds so unlikely, so in contradiction to our sense of the arc of history, that the fact it’s being asked at all should give the industry the willies.

In fact it probably hasn’t. We may prefer older architecture and Victorian houses to the often boxy and occasionally shoddy products of the volume householders. But that choice owes more to aesthetics and survivor bias – old stuff that still stands is, by definition, well-built – as to anything our ancestors knew that we don’t.

But what is consistently clear from both surveys and buyer behaviour is that most people would prefer an old house to a brand new one. This is, with half a second’s thought, deeply unintuitive – we do not instinctively opt for second hand clothes or cars – and it is hard to read it as a mark of confidence in the products on offer from modern housing providers.

So why, given that this is their entire business, are they not building what we want? Let’s consider how the contemporary construction market actually works.

If you want to build something, the first thing you need is some land. There’s not enough land available, of course, so acquiring it is often competitive. And when deciding how much they’re willing to pay, developers tend to rely on the residual land value model, which basically means working out how much money they can make from it and working back from that.

So whichever developer is willing to make the most aggressive assumptions about how much money they can make, and how little they need to spend to make it, will win the bid. Immediately a large chunk of the money that is ostensibly spent on building new homes is a direct transfer to landowners. That is money that is no longer available to spend on anything else.

There’s more. The developer who owns the land will rarely be the employer of the people who actually do the building work. There’ll be multiple layers of contractors and sub-contractors, reaching all the way down to a largely freelance workforce at ground level (as demonstrated at the Grenfell Inquiry. Each of these contractors has to somehow make a profit. And the procurement system is set up such that work will be won by whichever contractor offers the most competitive – read: lowest – price.

All this means three things:

Why don't customers walk away?

There’s an obvious question here: why hasn’t consumer pressure kicked in? Most industries want to minimise their costs – but a car maker that made only bad cars would soon go out of business. Why hasn’t that happened in housing?

One possible answer is that there aren’t enough players in the market: the industry has consolidated, especially since the 2008 financial crash, and the handful of volume housebuilders that remain represent an oligopoly (a market dominated by a small number of companies), at least partly immune to competitive pressure. But I think there are other reasons too.

One is that you can’t opt out of the housing market: whether renting or buying we all need a house. Another is the decades-long transformation of housing from basic need or social service into financial asset: the pressure to get on the ladder no matter the cost has created a sort of captive market. Yet another is that, in a significant portion of the housing market – the part affected by the Grenfell disaster – people don’t really have any say about where they live. And the people who make the decisions will not be the people who have to live with the consequences.

At any rate: all the incentives on the developer side are to cut corners at the expense of quality, and there’s no consumer pressure to counter that. We have, in other words, a failing system.

New Government laws on the horizon

The flurry of reports that have followed Grenfell are a sign that the state is keen to correct at least some of these problems.

Proposals affecting the private sector have included a new homes ombudsman, to amplify the consumer voice and ensure that the day a purchase completes is not the last day a builder can be held responsible for a new home.

In the social housing world, meanwhile, any group which receives maintenance funding will now be defined as the "dutyholder" responsible for ensuring safety, in an attempt to prevent freeholders from simply passing the buck to their contractors. But these plans, like so many others, took a backseat while the Brexit and election dramas played out.

In mid-December, the new majority government finally seemed set to move, and the Queen’s Speech promised both a Building Safety Bill and a Fire Safety one. At time of writing, however, few further details are available [Editor's note: this was written before the MHCLG announcement of 20 Jan 2020]. And the further from Grenfell we get, the longer vested interests have had to lobby for any new safety measures to be watered down.

More than that, there are many elements of our failing construction system the assorted proposals under discussion don’t address.

Will defining dutyholders at the top of the chain really be enough to make everyone else in the chain feel responsible for improving standards – or do we need alternative models, like alliance contracting, to do that?

And even though leaving the European Union will up-end the procurement system, there’s no sign of a move to judge bidders on quality as well as price. Doing so, after all, would cost money – and that remains in short supply, especially among local authorities.

Those same organisations are also still charged with enforcement. But after a decade of austerity it’s not clear they have the capacity to do it, and all the regulations in the world won’t fix anything if there’s no one to check that they’re followed.

That was the lesson of Grenfell, too.

Article by Jonn Elledge - a freelance writer on urban issues and former Editor of CityMetric – a collaboration between the New Statesman and Centre for Cities. He tweets at @JonnElledge.

LABC welcomes contributions from individuals and organisations on important issues in construction. These contributions represent the views of the author and not necessarily of LABC. 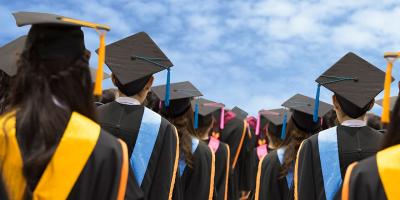 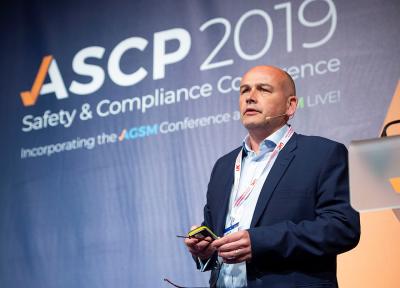