How to get it right: working on or around a party wall

It’s now 20 years since the Party Wall etc. Act came into force on 1 July 1997. It applies throughout England and Wales and provides a framework for preventing or resolving disputes in relation to party walls, party structures, boundary walls and excavations near neighbouring buildings.

Anyone intending to carry out work (anywhere in England and Wales) of the kinds described in the Act must give adjoining owners notice of their intentions.

So after 20 years are we now getting party wall works right?

It’s often helpful in understanding the principles of the Act if owners think of themselves as joint owners of the whole of a party wall rather than the sole owner of half or part of it. Some works may be too minor to need a notice under the Act, such as:

However, the following works all fall under sections 2 and 6 of the Act:

A notice of intended works should be served on adjoining owners at least two months before the planned start date for work to an existing party wall or one month for a new party wall. The owner in the adjoining property may agree to allow works to start earlier but is not obliged to, even when agreement on the works is reached.

NB, the notice is only valid for a year, so don’t serve it too long before you want to start.

Where a dispute arises in relation to...

...the Act provides for the matter to be resolved by a surveyor, or surveyors, in a procedure for the resolution of disputes. This can be both costly and time-consuming so it’s always best to have everything resolved well in advance of commencing work. This will often include talking to neighbours to ensure they understand what work is involved and provide reassurance around anything of concern to agree on a method of work.

To coincide with the 20th anniversary, Pyramus and This) have published the third edition of their guidebook “The Party Wall Act Explained”.

This professional surveyor organisation was set up in 1974 and played a pivotal role in the framing of the present Party Wall etc. Act 1996.

Browse our 'How to get it right' articles

The problem with the Act is that it has no teeth, there is nowhere in it that you can take anyone to court to get work put right. I have a PW which has been damaged by the adjacent developement, the owner does not live there, he live abroard. All the 3 of the appointed PW surveyors agree to the work, but how do you get the money to cover the cost of repairs ?. So in this instance I would say the PWA is useless.

do i need a buidling control certificate for under pinning work carried out on a part wall? 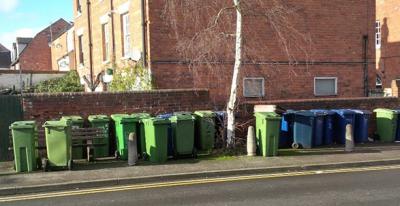 How to get it right: Wheelie bins and the...

How to get it right: Building near trees...

How to get it right: working on or around a...