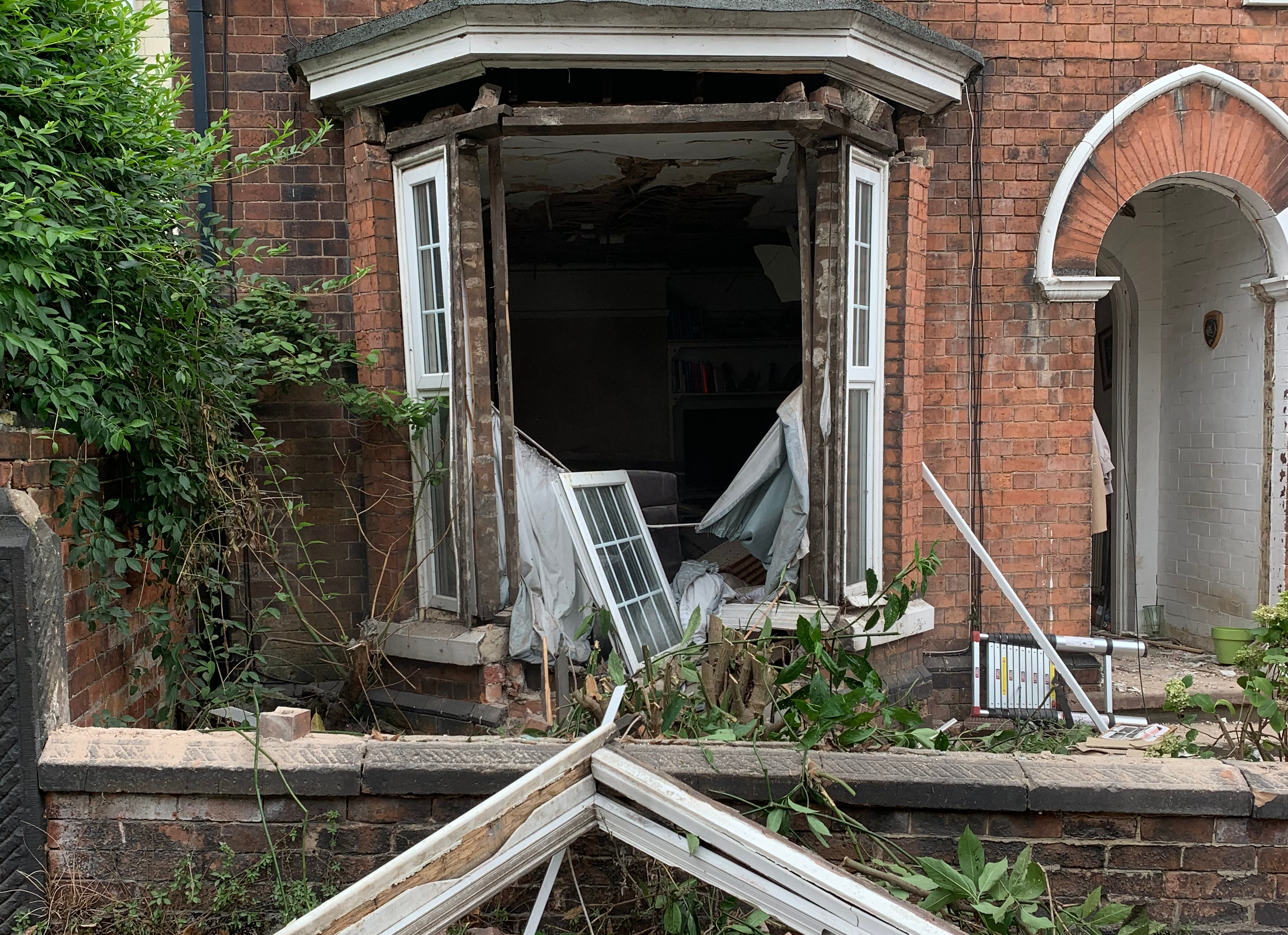 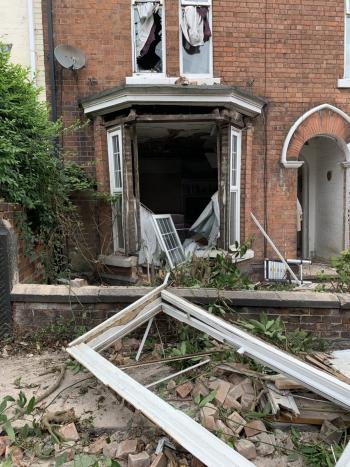 Building Control is a professional discipline which works in the background as part of the wider team designing and constructing buildings to help ensure compliance with the Building Regulations and other standards.

It is often forgotten, but as part of a Local Authority, the Building Control team also plays a significant role in protecting the public, looking after safety at sports grounds and public events as well as administering applications for demolition works and responding to reports of dangerous structures.

Under the Building Act 1984, there are two main categories of dangerous structures and different responses are required for each.

The ones that make headlines are of course those which are considered to be in imminent risk of collapse, and which must be secured immediately for public safety.

The building control team works alongside the emergency services, evaluating the structure, often in extremely hazardous conditions, to establish whether, for example, it is safe for firefighters to enter the building, whether roads should be shut and whether adjacent properties need to be evacuated.

These events are often caused by fires, by vehicles colliding at speed with buildings or by buildings being severely damaged in storms. The surveyor works with structural engineers, specialist demolition contractors and loss adjusters from insurance companies, as well as with the building owners, to establish the work which needs doing immediately as well as the medium and long term plans needed to reopen roads and make neighbouring properties safe.

The owner or their insurers will normally be recharged for emergency works carried out in these cases since the prime responsibility for the condition of a building or structure lies with its owner.

Frequently dangerous structures are identified and reported which are classed as hazardous. These are often inspected and found to be unstable by surveyors but not are imminently dangerous and are unlikely to collapse immediately.

The Local Authority takes steps to identify and speak to the building owner to give them reasonable time to remove the danger at their own cost.

Failure to respond may result in a Magistrates Court Order being obtained in which case the Council may undertake the work and recover all the costs from the owner, with a charge being placed against the property if necessary. Often these are relatively minor works such as removing or stabilising garden walls, carrying out repairs to roofs and chimneys or securing buildings properly to prevent unlawful entry and misuse.

You can see images of dangerous structures the teams have been involved with here.

Last week, Building Control colleagues have been involved in a major incident in Chesterfield, Derbyshire. Following the partial collapse of a severely damaged building, amid local reports of an explosion which is believed to have been caused by a portable gas canister in the basement. 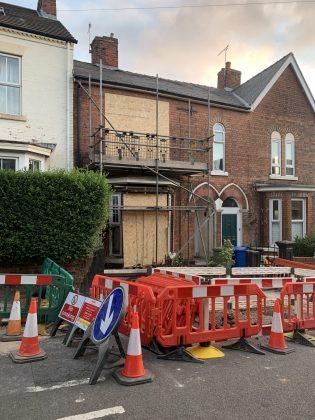 building control dangerous structures LABC Building Control surveyors from the Derbyshire Building Control Partnership (DBCP) have been working as part of a multi-agency team with the Fire and Rescue Service and police. The building has been made safe and fortunately, no one was seriously injured despite people being trapped in the collapsed cellar.

David Pratt, Building Control manager, said: “It is miraculous that everyone survived. Every part of the Victorian building has suffered severe structural damage requiring propping to be installed to the party wall and other parts of the building.

“The adjoining property has also been badly damaged and can’t be occupied. Three roads were closed to enable all the utilities and emergency services to access the site.

“The windows and doors have all been boarded up. The walls, floors and roofs will all need rebuilding, and it is not yet clear if any major parts of the buildings will have to be demolished, although some areas had to be demolished on the night to make the building safe for the emergency services.”

These events are extremely staff resource-heavy and the Building Control team at DBCP has spent approximately 25 hours so far on site, liaising with other agencies, contractors, and insurance companies, writing reports, and serving legal notices, well after the emergency services have left the site.

David Pratt also commented on how all the emergency services worked together: “We all had a specific role to undertake, and communication was key to the success of the operation with regular briefings with the Fire Commander in charge of the scene.

“Building Control has to ensure the safety of all the emergency service personnel as well as the general public”.

If you are the owner of a building that is suffering structural defects or possible failure, it is always wise to act as early as possible to avoid this becoming a dangerous structure that requires Council involvement as this tends to keep your costs to a minimum.

If you are aware of a dangerous building or structure you can report it to your local council. Some local councils provide a 24-hour service for reporting dangerous structures and will respond accordingly depending on the severity and level of danger. 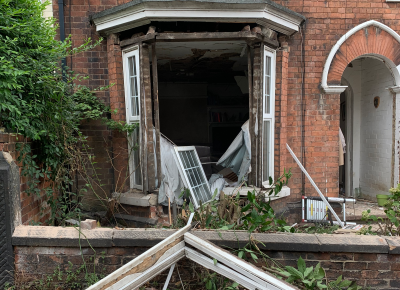