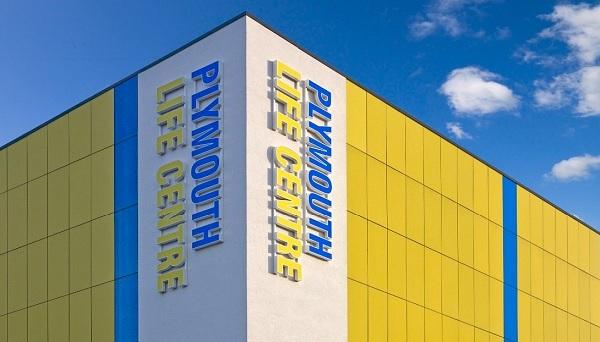 Plymouth City Council wanted to establish an outstanding sporting venue of regional and national significance for sport and recreation, health, education and culture which would be open and affordable to all. The aquatics facilities were to be the largest in southern England (outside of the Olympic park).

To design and built to high standards using modern technology, be sustainable and energy efficient and accessible to all. To involve the community from the very early design phase right through construction and to make sure the centre met the needs of its potential users and be a driver in addressing health inequalities within the city.

The centre has high levels of insulation and air tightness, reuses heat from the air conditioning, recirculates rainwater and water from the swimming pools for non-drinking use and has extensive use of solar-controlled glass – preventing the centre overheating in summer or getting too cold in winter. The centre also gets 20% of its energy from sustainably generated sources. All this makes it one of the most sustainable buildings of its type.

The focus on accessibility led to more than 30 community engagement events being held at the early design stage. These covered local community groups, sports governing bodies and particularly local disabled people and sports groups. And during the construction thousands of local people and groups visited the site along with local schools and colleges.

A total of 450 jobs (80% from Plymouth’s travel to work area) were supported by the construction, 16 new apprenticeships were created, 200 college students given work experience and a dozen long term unemployed were given placements to gain experience in various building trades.

The use of the centre has exceeded all projections, with 100,000 users a month making it the busiest aquatics centre in the UK. This helped Plymouth increase local sports participation rates.

The centre was chosen as a training base for several Olympic watersports teams, hosted the Ability Games and has been awarded the Inclusive Fitness Initiative. The disabled bowling club with its purpose built facility has expanded to deliver Help for Heroes’ programmes for injured service personnel.