Chancellor Philip Hammond had set out plans for T levels in the last Budget stating that technical qualifications have not always been on an equal footing with academic ones - and wanted that to change.

He said: 'The truth is that we languish near the bottom of the international league tables for technical education.'

The lack of skills amongst the workforce is constantly cited by employers as a 'major concern' according to the Treasury. The UK is currently placed 16 out of 20 developed economies when it comes to how many people have a technical education.

The government describes its plans as the 'biggest overhaul of post-school education in 70 years'.

Education secretary Justine Greening said 'We are transforming technical education in this country, developing our home grown talent so that our young people have the world-class skills and knowledge that employers need'.

The aim is to have teenagers 'work fit' in a number of key industries which will help bolster the UK's workforce after Brexit (Britain's exit from the European Union).

What are T levels?

T levels will allow 16 to 19-year-olds to study in 15 sectors including catering and hospitality, construction, social care, engineering, and manufacturing; amongst others to be brought in by 2022. The courses will replace the current 13,000 qualifications with 15 and it's claimed they will make access to the job market easier.

Students in further education or technical college will also be eligible for maintenance loans.

Those who decide to study a technical T level will spend 50% longer learning than they do at the moment, equalling 900 hours of teaching a year. It is likely T levels will be taught in college rather than school and will be a two-year course.

In construction, everyone will take a core first year with a much larger emphasis on practical work and then ‘specialise’ in a particular trade or occupation such as bricklaying or carpentry in the second year. Each student will also do a three-month work placement as part of their course.

Brian Berry, Chief Executive of the FMB, said ‘For too long our society has viewed technical education as being the poor relation of the more academic route.

'This will be music to the ears of construction SMEs who need individuals with broad skills’.

In all professional trades a qualified person is required except for builders. Anyone can wake up one morning and decide to do this especially in the domestic building section. Training should be compulsory if only to a minimum standard and this should include health and safety awareness. 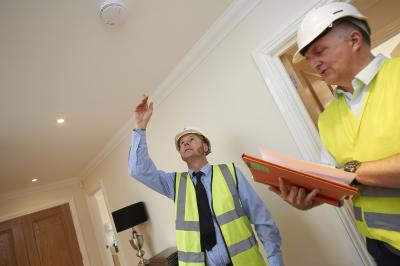 Training with LABC: Up and coming courses for...