It might seem strange to be talking about flood resilience at a time when a water drought appears to be the news of the moment. However, flash floods from dry ground and the inevitable winter storms are likely to feature in the headlines at some point during the year.

This is because more than one in six households and businesses in England are currently at risk of flooding; with 2.4 million properties from river or coastal flooding and 3 million from surface water.

Its recommendations represent a significant commitment to help manage the impact flooding has on lives and livelihoods, including a voluntary code for flood resilience measures. There is no such thing as 100% flood protection but it is possible to develop resistance to the ever increasing risk of flooding.

How to flood proof a home

BRE have recently completed a Flood Resilient Repair Home at their Innovation Park in Watford. It's designed to be resistant to flooding from water up to 600mm (two feet) deep and also resilient to the effects of being flooded beyond that. In other words it’s been designed to dry out quickly and be suitable to move back into shortly after a flood incident.

It has a range of flood proof adaptations such as: flood resistant doors and windows, a resilient kitchen, water resistant wallboards, and insulation. It also shows how simple measures such as placing electrical outlets higher up walls and using doors and windows with flood resisting seals can help minimise future damage.

If water does get in, an automatic 'sump' connected to drains in the floor quickly pumps water back out of the house again.

A ‘live flood’ situation was created for the filming of BBC’s Countryfile (shown in February 2017) using several thousand litres of water to create a shallow flood that would have had massive implications to a conventional property. The Flood Resilient Repair Home was dry again after an hour.

As an exemplar for good practice we wait to see if innovation used as part of the action plan will be incorporated into the Approved Documents in future to accommodate good design in flood risk areas. 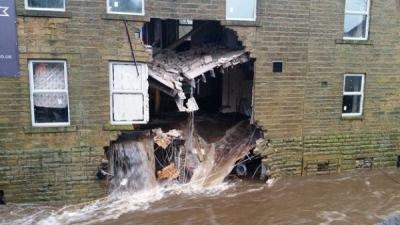 How to keep water out 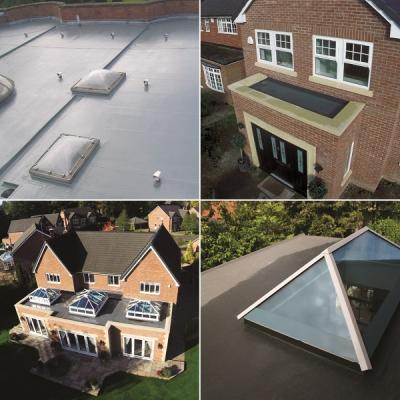 Cure it with waterproof roofing