Ventilation of a habitable room through another room or a conservatory

If you’re building an extension or adding a conservatory onto an existing property the room it connects to often becomes an inner room. Any ventilation provided through the former external wall is compromised and unless it’s opened out into the new extension will be made worse.

Lack of air movement and changes of air can result in condensation, damp walls, and mould growth with their associated harmful effects and health issues.

Approved Document F covers ventilation and offers guidance on the minimum standards that must be achieved to the internal room.

First let’s recap on some of the different terms used:

Background ventilator is a small ventilation opening designed to provide controllable whole building ventilation. These are generally trickle ventilators fitted either over or within a window frame positioned typically 1.7m above floor level to avoid discomfort due to cold draughts.

Equivalent area is used in the Approved Document instead of free area for the sizing of background ventilators (including trickle ventilators) because it is a better measure of the air flow performance of a ventilator.

Unlike equivalent area, free area is simply the physical size of the aperture of the ventilator but may not accurately reflect the air flow performance which the ventilator will achieve.

The more complicated and/or contorted the air flow passages in a ventilator, the less air will flow through it. So, two different ventilators with the same free area will not necessarily have the same air flow performance.

Permanent opening is a ventilation opening which is permanently fixed in the open position.

Ventilation is simply the removal of ‘stale’ indoor air from a building and its replacement with ‘fresh’ outside air.

If the window opens less than 15° it is not suitable for providing purge ventilation and other arrangements should be made.

In the example above, the former external room and the new extension both have a floor area of 9m² so the combined floor area is 18m² and 1/20 would be 0.9m².  There also needs to be a permanent opening between the two rooms of 0.9m² and background ventilation of at least 8,000mm2 equivalent area.

If a restricted opening window, opening 20° was installed instead of the door shown, then this would have to achieve 1/10th of the combined floor area i.e. 1.8m². If two windows were used then the required purge ventilation could be shared and each window could provide 0.9m² and still comply.

It’s a little different when a conservatory is added because the external door needs to be retained for the exemption to building regulations to apply.

In this instance, rather than the permanent opening of 1/20th of the combined floor area required for an extension, the retained door needs to provide 8000mm² background ventilation and be capable of opening 0.9m² for purge ventilation.

Also read How to get your conservatory right

Ventilation of a habitable room through... 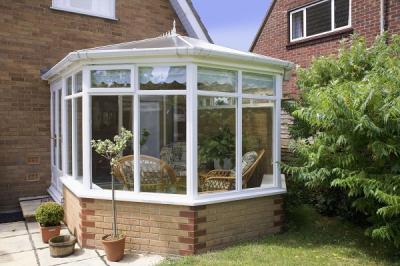 How to get it right: Building regulations and... 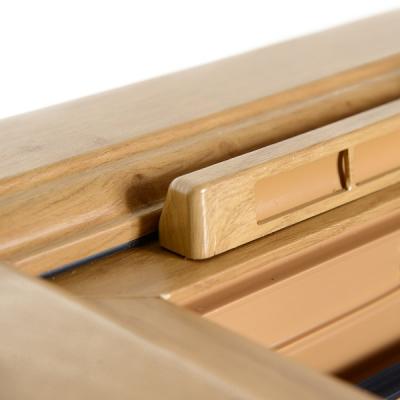 Keep it fresh with trickle ventilation