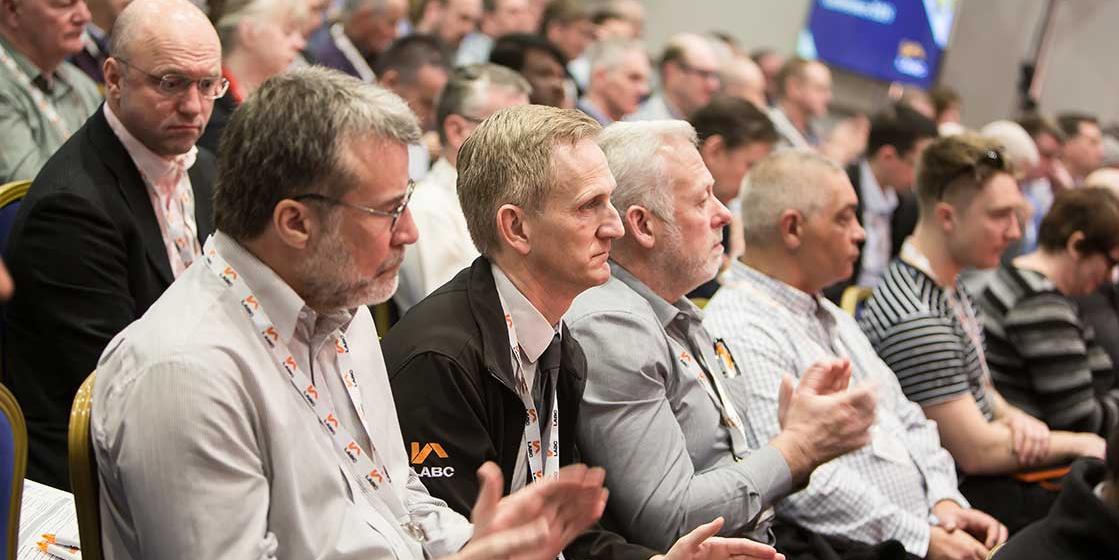 The LABC Member Conference took place in Hinckley Island on 25-26 March. It was a record-breaking conference in terms of the number of delegates (350) and exhibitors, and a huge amount of information was passed on to our audience of local authority building control professionals, from a range of expert speakers. 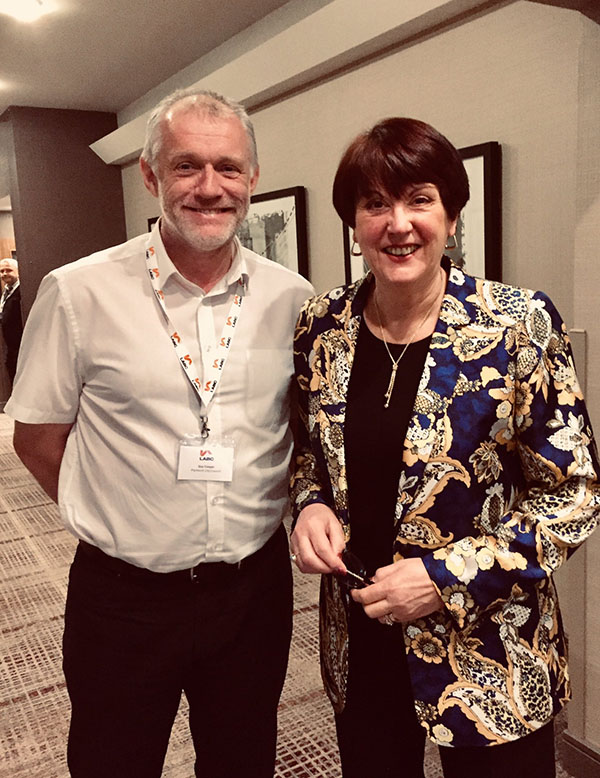 Dame Judith (pictured right with Plymouth Council Building Control Manager Guy Cooper at the conference) confided in the audience that diagnosis was the easiest part of her Review, after having listened to LABC, the fire service and residents.

She outlined how construction industry culture needs to shift and that "we must not forget the people who matter most, the people who've been neglected, the residents".

She also remarked "You cannot work for a client and call yourself a regulator. You are an adviser. Conflict of interest must be removed from the system".

And concluded "LABC are to be commended for looking at their competency and extending it with new qualifications".

Merlyn gave a fascinating talk about the extra difficulties firefighters face as a result of new building technology - for example the fire hazards caused by poorly maintained green walls, or fire risks of car parks built underneath buildings, and the growing threat of of fires caused by large faulty batteries in electric cars.

Mark Norris from the LGA

Mark indicated that there is a large movement across local government for the scope of 'Hackitt' buildings to be widened from just 18m residential towers, and thinks that overall "building control is in a good place".

Head of Insurance and Construction at Simmons and Simmons, Emily Monastiriotis

Emily gave an interesting talk on the possible legal challenges to Murphy v Brentwood - a case that means that local authorities cannot be sued under contract for the costs of remedying defects. 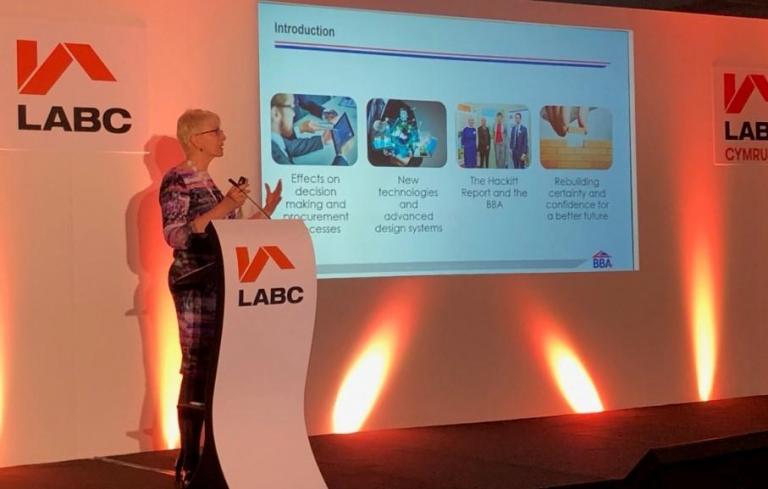 Claire Curtis-Thomas spoke about construction products and certification. She declared that there must be "a commitment to learn and improve" and went on to attack the race to the bottom the current system engenders: "If you procure on the basis of money, not quality, you get shoddy jobs".

Barry in an inventive talk took us through the complexities of the "Castle of Death" - a children's adventure book where the aim is to avoid the swamp creature in the dungeon. Or is that the Approved Documents...?

Lorna told the audience that she wanted to see the cultures and behaviour in the industry change. She noted that "Dame Judith got it bang on" and praised the public service ethos.

Thanks to everyone who attended, spoke at and exhibited at this year's Member Conference and the last word goes to one of our conference exhibitors - Dave Riley from LABC Acoustics.

Look out for our round-up of today's Fire Safety Conference later this week.

LABC's Lorna Stimpson calls for all...